The annual ceremony celebrates Leeds’ talent and commitment through sport, whether it’s professional athletes, coaches, or volunteers. Leeds’ reputation as a world-class centre for sports continued to grow in 2019, with sports such as gymnastics, triathlon and diving at the forefront.

2019 will also be remembered as the year in which Leeds’ first male boxing world champion won the hearts of fight fans across the globe with not one, but two extraordinary performances.

Later this year we look forward to hosting another world title showdown, with the UCI Road World Cycling Championships. 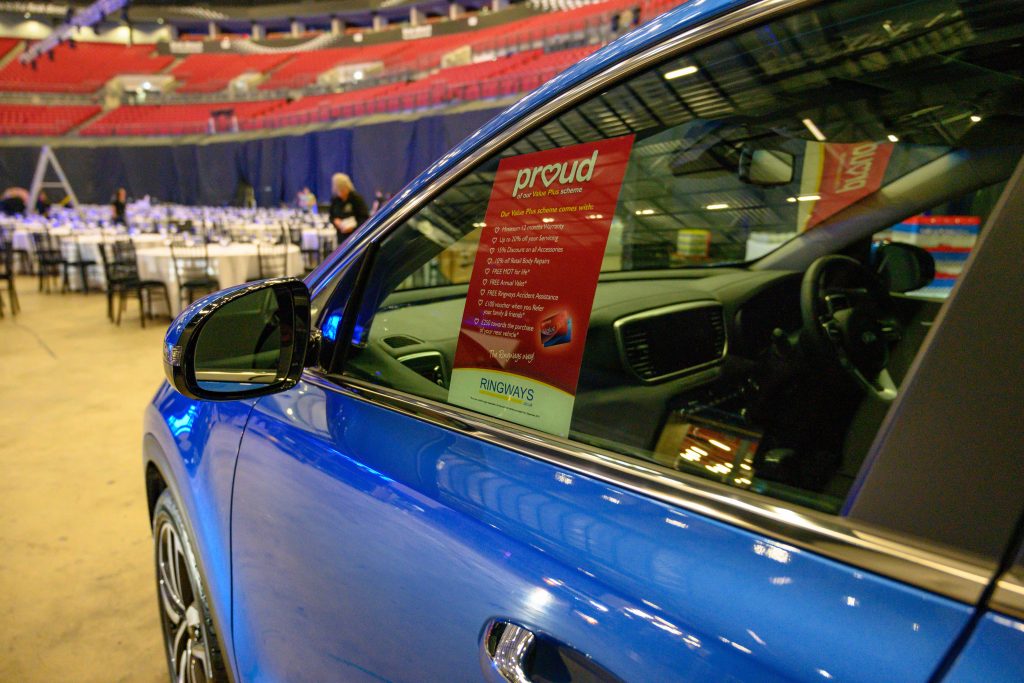 Ringways, alongside Motability, were proud to sponsor the Senior Achievers category at this year’s awards.

Representatives from Ringways were there on the night, along with some of their loyal customers who have vehicles on the Motability Scheme.

Scott Lees, Ringways Motability Specialist, said “It was great to be able to invite several of our Motability customers to the event – they all thoroughly enjoyed it. Seeing the talent Leeds has in the sporting world was great and it was even better for Ringways and Motability to be part of that.”